October 13, 2016.  At 8:00 PM in Washington D.C. the city’s television cable service provider, RCN Metro, was interrupted as a group of hackers who claimed to represent WikiLeaks began live streaming leaked documents involving U.S. politicians, corporations, and criminals in corruption and tax evasion schemes through offshore accounts. The first cluster of information released by via media outlets was purely focused on Mr. Trump’s activity involving money laundering, tax evasion and bribery. Along with the leak on primetime TV, the International Consortium of Investigative Journalists (ICIJ) leaked the story simultaneously to the press and it quickly went viral instantly on the social networks.  In total, more than 5.4 terabytes of information was leaked denouncing some of the richest and most influential people in the world.

The timing of the report could not be worse for the Trump campaign, as evidence of mass corruption comes just one month before elections. Mr. Trump was leading Democratic party candidate Bernie Sanders by a margin of 5 points, however the new information has reached massive backlash as his approval ratings have plummeted. The Republican nominee has been accused of operating shell companies in the British Virgin Islands, the Bahamas, Panama, and Switzerland for the purpose of tax evasion and facilitating illegal campaign contributions.  Within 24 hours of the information being released, Mr. Trump’s approval ratings went into a free fall, as the Gallup poles reported Mr. Trump now is behind Mr. Sanders by more than 24% margin.

The new data leak is far more wide-reaching than initial data, now implicating many Americans in the corruption scandal including many of the richest individuals in the world. Those implicated in the scandal include media mogul Rupert Merdoch; business magnate Warren Buffet; Monsanto CEO Hugh Grant; former New York City mayor Michael Bloomberg; venture capitalist Paul Singer, oil tycoons the Koch brothers, and even pop star Justin Bieber, the only Canadian who made the list.

Trump is the most important name mentioned due to the critical timing of the release, but he is not alone as other politicians such as former presidential hopefuls Jeb Bush and  Carly Fiorina are among many Republican Party leaders entangled in the scandal.  The aforementioned groups are also keeping the company with the likes of criminals linked to organized crime and drug trafficking. The new information implicates that the original Panama Papers release was just the tip of the iceberg in the story.  The new leak shows that more Americans than any other nation were involved in offshore accounts throughout the world.

The evidence presented against Mr. Trump is particularly incriminating not only showing a connection between his businesses TG Ventures with off shores for purpose of tax evasion, but also a paper trail connecting Trump with the facilitation of illegal campaign contributions to other conservative political leaders in Latin America.  It appears as if Mr. Trump began supporting key politicians in the region as far back as July of 2015, one month after announcing his candidacy for president of the United States.  Evidence against Mr. Trump shows facilitation of illegal transfers to support the presidential campaign of newly elected Argentine President Mauricio Macri, supporting the disruption the political process in Brazil, and the illegal funneling of campaign contributions to Peruvian presidential candidate Pedro Pablo Kuczynski.

In November of 2015, following Argentina’s presidential run-off elections, a swiss bank account under the name Macri Group, received a transfer of $40 million USD, facilitated by Anthony Senecal, longtime friend and associate of Donald Trump. After Macri won the office of president by a narrow margin, Mr. Macri traveled to the World Economic Forum in Davos Switzerland. Uncovered documents have exposed that on the final day of the  summit in January, $30 million USD was withdrawn from the Macri Group Swiss account and mysteriously vanished without a trace. Mr. Macri’s administration has understated the scandal and attempted to conceal its involvement by proceeding with its indictment against Cristina Fernández de Kirchner, the center left ex-president he replaced in December 2015.

Another critical piece of documentation shows that an offshore created by Mr. Trump in the Cayman Islands was involved in February of sending gifts and donations to the tune of $100 million USD to Michel Temer, the interim President of Brasil and Eduardo Cunha, ex-President of the Chamber of Deputies.  The two Brazilian officials have been accused by Dilma Rouseff of leading a conspiracy against her democratically elected government through bringing forth impeachment proceedings.  In May Ms. Rouseff was deposed as active president of Brazil by equal participation from both Temer and Cunha, whom have previously been tainted with corruption. Mr. Temer, now the acting President of Brazil, has been accused of being an informant for the US embassy in Brazil to support US business interests and also faces charges which could bar him from holding state office for a period of 8 years. Meanwhile Cunha has already been removed from office due to his involvement in receiving more than $40 million in cutbacks in the “lava jato” money laundering scandal, the same scandal in which Ms. Rouseff is facing impeachment under charges based on abuse of power.

The preponderance of evidence against Mr. Trump, point to an obsession of controlling a clandestine right-wing coalition in Latin America, as illegal cutbacks have also been traced from his offshore holdings to support the Peruvian former presidential hopeful Pedro Pablo Kucynzski. Mr. Kucynski, a Peruvian economist and politician, is no stranger to neoliberal economic relations, throughout his career he has given preferential trade agreements to foreign oil companies, privatized national industry and entered into agreements with the International Monetary Fund. Trump not only provided funding to Mr. Kucynzski’s campaign, but financed a team of political advisors to aid in the presidential campaign first by attacking Veronica Mendoza, a lesser known socially progressive candidate from Peru’s Frente Amplio coalition which led to a narrow defeat in the first electoral round.  Kucynski advanced to the runoff election in second place after frustrating Mendoza’s campaign by a margin of less than 3% before he was ultimately defeated by center-right incumbent President Keiko Fujimori in June.

Latin America in the modern era has been experiencing profound pendulum swings, as power orthodoxies have historically oscillated between the right and the left.  Under the neoliberal economies of the 1990’s many countries saw a growing division of inequality and in some cases lead to crisis and created a climate for corruption. For the past decade under liberal leftist governments, many of the regional powerhouses have had strong advances in civil and human rights, as well as important economic expansions. Many are suggesting that perhaps Mr. Trump, was attempting to enforce neoliberal policies that many of the Latin American potencies experienced during the 90’s.

The Director of the ICIJ, Gerard Ryle, has signaled that the initial release of the Panama Papers in April was necessary to create transparency at an important time as leaders from many center right governments had gained considerable advances in Europe at the height of the refugee crisis.  Many believe that the newest release of the scandal came at an even more pivotal time especially for US and Latin American politics as the scandal erupts as the US presidential elections come to a close and the conclusion of the impeachment proceedings in Brazil which will bring either the removal or reinstatement of Ms. Rouseff next month.

In South America public outpour against Trump’s influence in the region has led to massive mobilizations. Citizens are demanding the removal of the leaders involved in illegal activity linked to Trump. In Buenos Aires hoards of protesters took to the streets surrounding the Governmental House, the US embassy and the Presidential Residence.  Former supporters of President Macri have now turned against him, blaming the president for an economic recession and cutting in social programs amidst corruption charges. Opposition to Macri accuse him of sensationalizing former President Cristina Kirchner’s trial, and using her a scapegoat.

Before we Argentines were more divided, now we are united, and united against Macri!” –  Elisa Carrió

In Brazil the protests have turned violent as riots have broken out in Rio de Janeiro and the capital of Brasilia.  Current acting president, Mr. Temer, opted to use the military police force, known as the most heavily militarized in the region, to intervene in the demonstrations.  Clashes last night left seven dead in Rio de Janeiro and dozens more hospitalized.  Temer received harsh criticism for enacting martial law from the opposition Workers Party (PT). Many major cities in Brazil are still in state of siege today.

Pay attention, when the legitimate president was accused of abuse of power and removed as acting president, it was an institutional coup enacted by the non-elected officials against the will of the Brazilian people. Now Temer has used military action to repress the public, there is nothing else to call this but a true military coup.” – Luis Ignacio Lula da Silva

In the U.S. reactions to the leak have been damnifying from both sides of the aisle.  All of the democratic party has shown solidarity in denouncing Mr. Trumps actions.  Now the leak has inspired several former Trump endorsers from the Republican party to abandon the candidate as elections rapidly approach.  Even right-wing extremists groups, such as the American Nazi Party, who previously supported the Trump campaign for his anti-Mexican stance are now calling him a hypocrite for his involvement and financing in South America. The Trump campaign has yet to make an official statement, Campaign Manager Corey Lewandowski has cancelled all of Mr. Trump’s speaking arrangements and campaign events. The Republican candidate has been strangely absent from the campaign trail.

We are still waiting for more information to be released, but indeed the findings are very troubling. For a man who claims he wants to make America great again, [Trump] doesn’t seem to think corruption is an important issue for the American people.  This shows that these abuses of power by the rich and powerful need to be stopped! But most importantly for me the leak has been a revelation, because for the first time in this long campaign, Donald Trump has actually shut his huge mouth!”

Loretta Lynch has already begun her investigation of Mr. Trump’s offshore activity and released a statement declaring that the Attorney General’s office has every intention of prosecuting the presidential candidate and all other individuals or organizations involved. As of now all signs seem to indicate that the candidate who promised to build a wall, may soon find himself behind bars. 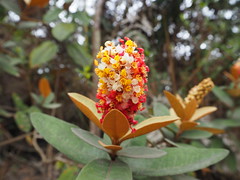 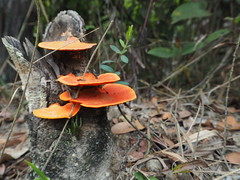 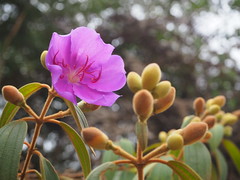 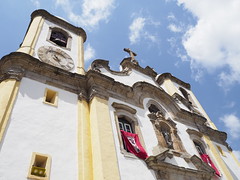 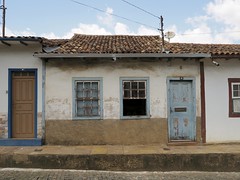 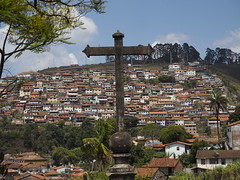 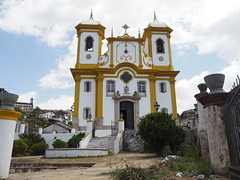 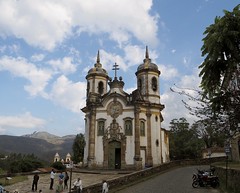 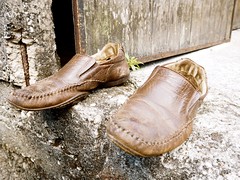 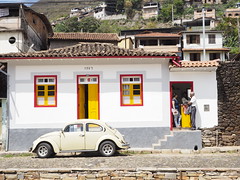